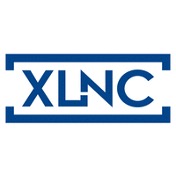 Gerry Fox, founder of Gerard Fox Law, was recently interviewed by XLNC Partners for their Partners Portrait. Their interview can be found below:

XYZ, who are you and what is your firm doing?

A:  Over a 33- year career I've become one of the top commercial litigation trial lawyers in the United States, handling cases all over the United States and arbitration abroad.  I'm the founder of a progressive, industry leading bi-coastal litigation firm with offices in LA and NY that does not bonus for billable hours but only where the trial team adds value to the client's business, and in which many lawyers who are women and from other countries work with enthusiasm to apply our full set of skills to resolve our client's claims/defenses.

Why did you become a lawyer / an accountant / a consultant?

A:  I had been on the debate team in high school and found forming convincing arguments to come naturally to me.  In law school, I met the great criminal defense trial lawyer, Edward Bennett Williams and he really took me under his wing while I was at Georgetown Law Center, and then when I joined Covington & Burling after law school, I was mentored for a time by Paul Tagliabue, and later while at Kaye Scholer by Pierce O'Donnell.  As I won one jury trial or arbitration after another, I found great joy in sharpening my skills and going up against the best in the business and prevailing.

What were your dream professions when you were a child?

A:  I wanted to be an MLB player or an Astronaut.

What is special about your firm?

A:  The fact we don't focus on billable hours and instead focus on adding value to the client, the lower rates for lawyers who are among the best in the business and the fact we have so many lawyers who speak so many different languages, which leads to us working with clients all over the World.

What was your most difficult professional moment / experience and why?

A:  When the lead trial lawyer for the Isley Brother's case of Three Boys Music v. Michael Bolton, Warner, and Goldmark died a month or so before trial and I had to step up and try the case early in my career, and won in Federal District Court and had to give press conferences and go on major national television.

What was your most exciting or rewarding professional experience and why?

A:  Last year when we won the highest award issued by FINRA for a very special former CEO whose Wells Fargo investment adviser defrauded him.

Which two or three personalities influenced you the most and why?

A:  My mother, who owned several businesses and recommended I open a new type of top law firm where women would be comfortable working and make partner more than at any other firm and where the firm did not bonus on billable hours, but rather value added.   Also, Edward Bennett Williams taught me when he took me to his trials when I was in law school that I should be "so prepared on the law and facts that I owned the courtroom."  Finally, my wife influences me in so many ways, in terms of raising our 11 kids and six grandkids, and running the firm's financial reports, and so many other things, all while staying calm and always being mindful.

What are your most developed professional skills and why?

A:  I was blessed enough to become one of the very best trial lawyers handling trials and arbitrations around the Country and World.  First, l learned to simplify very complex facts so that they could be understood easily by a judge, jury or arbitrator, and then I learned how to pick a jury that favors my client or a way of putting together the claim or defense that has impact on the decision maker.  These skills developed over 30 years plus.

The best professional advice you received was… And from whom?

A:  Edward Bennett Williams, the great criminal defense lawyer of the 60s, 70s and 80s, told me to prepare, prepare and then prepare to the point where "you own the courtroom."  I met him in the early 80s when in law school.

What is your business credo?

A:  When we are hired to handle a dispute, the only acceptable outcome is one where we achieve a result that adds value to our client's business and within a budget.

In your spare time, what is your passion and why?

A:  I love to write and read and watch sports at live events.  I love competition, and I love to grow as a person.

What do you collect, if ever, and why?

A:  Sports jerseys and collectibles.

The best place to be other than your home or your office:

A:  On a hike up a tall mountain or on the beach at sunset.

What is your greatest concern?

A:  The divide between people living on this planet, much of which is becoming more violent, not less.

Where do you see your firm in the next five years?

A:  Much larger with the help of organizations like XLNC, and that growth, which is so important, will produce equality for women, minorities and law firms working to add value and not just bill hours.

Your best advice for clients:

Your best advice for younger professionals?

A:  When you bill out at hundreds of dollars an hour, you must treat the money coming into the firm based upon your billings as though it was coming out of your bank account, and therefore you must focus on a high level all the time, move to leverage a positive outcome and never procrastinate or dither away time for which you are charging others.

What is your favourite movie and why?

A:  Avatar. It created a true escape into an entirely different world.

What is the quality you most like in a person?

Which talent would you most like to have and why?

A:  Mindfulness.  I'm working on it.  The world needs all of us to be mindful of others.

What is your greatest regret?

A:  That I have not done more for homeless people.