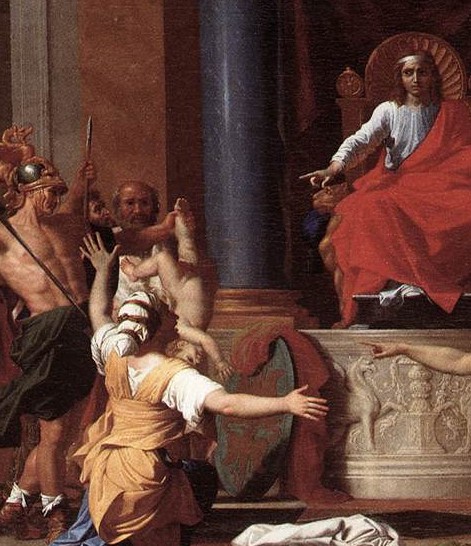 You’ve probably heard a lawyer say “split the baby” to mean “split the difference.” I seem to hear it weekly. If you use the expression, please stop. It’s aesthetically abhorrent and etymologically backward.

I started noticing how jarring the phrase was after becoming a dad. Suddenly, instead of just hearing it as legal jargon, the phrase began conjuring an image of slicing an infant in two. It’s really a horrible visual. If you’re inured to the phrase’s implied violence, try using it around non-lawyers. Next time you get the check after dinner with friends, offer to split the baby. Observe their shocked reactions. It’s not a normal turn of phrase.

Worse, from a lawyer’s standpoint, is that the phrase has become opposed to its original meaning and shows the speaker’s historical ignorance. The phrase comes from Solomon’s Judgment, which, especially if you haven’t heard it, is a really cool story about a clever discovery device.

Two women brought a case to King Solomon each claiming to be an infant’s mother. Both women were recently pregnant and one’s child died. There were no witnesses. How to determine the true mother? Solomon called for his sword and decided to literally split the baby and give each woman half the corpse. One woman withdrew her claim and asked that the child be given to the opposing party; the second woman sought to enforce the judgement. Solomon found the first woman’s compassion proved her to be the true mother and awarded her the child.

So should you ever say “split the baby?” Sure. Here are two examples:

In those situations, the court’s orders force the parties to reveal information—how much discovery was really needed and what the parties were willing to settle for—that the court couldn’t determine itself.

But if you’re just describing a compromise, do our profession a favor and use “split the difference.” It is a much better option.

Originally published in Legal by the Bay on September 4, 2018.